Winning big at the Oundle Festival

KCEPS had another fantastic day of winnings at this year's Oundle Festival.

We have had another brilliant year at the Oundle Festival of Music and Drama with year 4 winning the Mrs S McAdam Cup for the 4th year running and year 5 winning the Priestman Cup for the second year; both in the Group Speaking competitions. They received fantastic feedback which included “Great use of voices, faces and actions. Clearly spoken and beautifully presented” (Year 4) and “A most entertaining performance, with neat use of actions and very well spoken. Excellent choral speaking with focus and concentration.” (Year 5). Both classes were awarded distinction with scores of 87% (year 4) and 88% (year 5). Well done to both classes, we are exceptionally proud of them all.

Our success at the Oundle Festival has continued with our individual entries:- Mya, Herbert, Lauren, Millie and Elliot took part in the Year 6 Poetry Speaking Competition where they all gave a poised and intelligent performance. They were commended and all achieved over 80% with Millie and Elliot coming joint third.  Later in the week Florence, Rowan, Maia and Amelia took part in the Year 6 Prepared Reading Group; again all gave a confident recital with fantastic articulation and clarity of voice.  They were all awarded over 80% with Florence and Rowan coming joint third.   Finley (year 3) was awarded a score of 84% for the Individual Prepared Reading and Theo (year 5) received a mark of 87% and came second. Brilliant results! 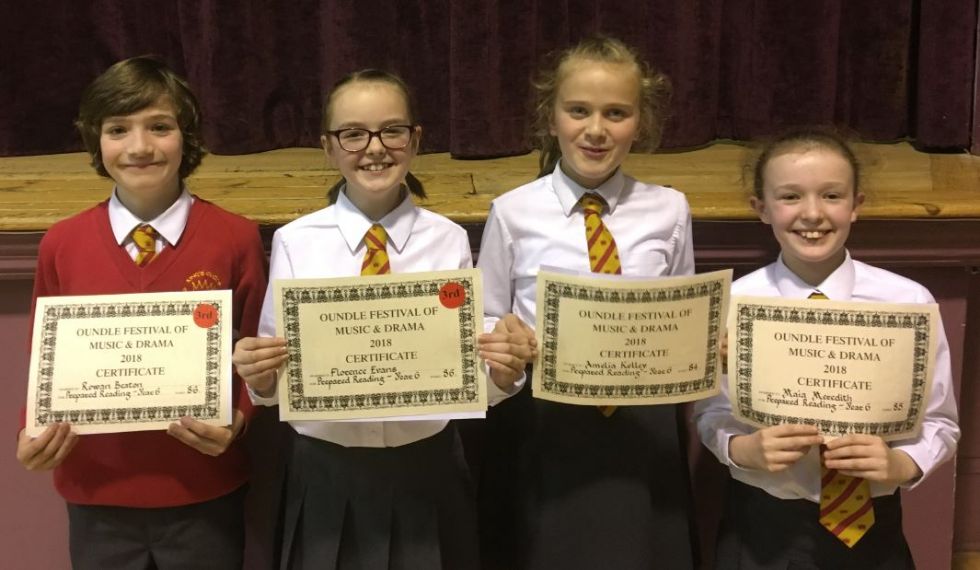 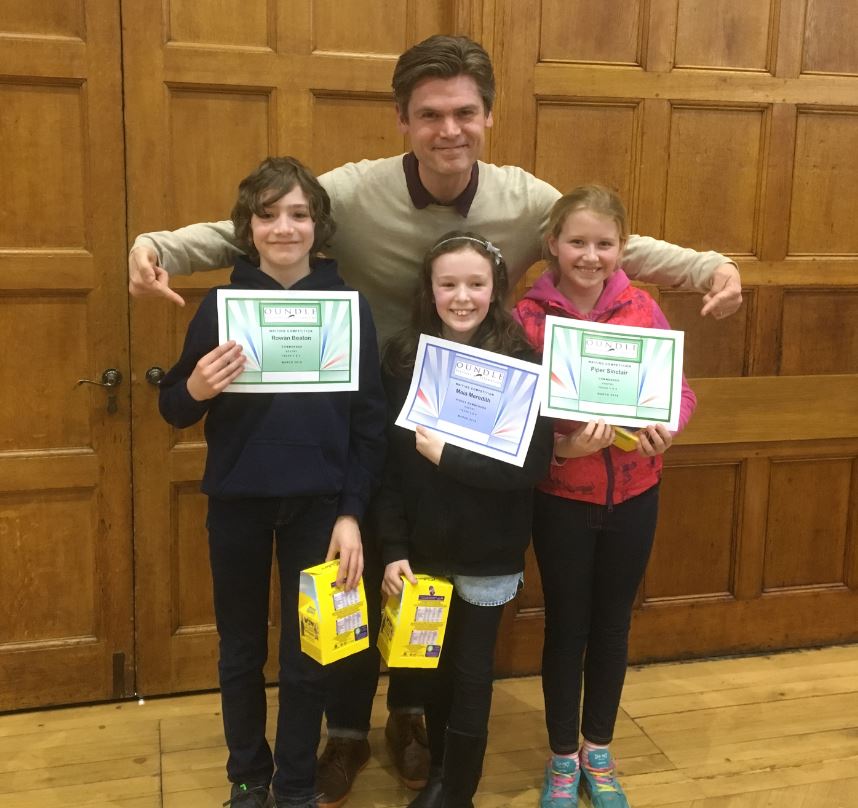